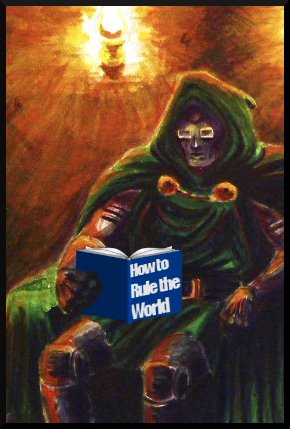 You might be wondering what it’s like to suddenly unplug from the corporate matrix. Well, it’s been about three weeks since I’ve officially stopped going to work and I’m starting to get a feel for it.

It, meaning:  The detoxing process.

It, meaning:  The life without spending eight hours a day in a cube thing.

So up front, before I get into it, I’ll state that I haven’t been sitting on my ass doing nothing. My retirement has not been, so far, much like your average American’s dreams. There has been no golf.  Or beaches.  Or drinks containing adorable miniature umbrellas.

Instead I’ve been focusing quite a bit of time and effort on moving — finalizing the sale of my single family home and becoming a renter again along with my wife.  This has been keeping me plenty busy.

It’s probably also worth noting that it’s only been three weeks — hardly enough time to come to any serious conclusions about my new life.

But that being said, I figured it be worthwhile to document how things are going so far.

So here it comes.

But aside from all of that, what I’ve been enjoying most is just this feeling of relief — relief that it’s over, relief that I’ve finally pulled the trigger and executed plans, relief that I’m not working anymore, talking to people at the office anymore, getting peppered with company emails about new policies and procedures, new hires, departures, new humans created either directly or indirectly by co-workers, upcoming quarterly meetings (volunteers wanted!), and whatever else.

This sense is pervasive.  When my brain idles, it returns to this feeling of relief, which resembles low level euphoria, similar to how you feel when you’re laying in the outside on a cloudless day, the light all around you, warmth and rightness and peace.

The result of this is that I’m much, much more relaxed.  We’ve had a couple of spectacular days around here, sun-drenched whoppers that assure you that summer is two steps away, and I’ve been walking out of doors, just soaking it up.  I don’t know about you but hanging outside on 70 degree days is my idea of a pretty good time — when the weather is this nice, just existing is enough to make me feel terrific.

Aside:  I remember days of similarly awesome quality last year, 2014, you know, WAY, WAY back when I was stuck in the office.  And every single time we had a nice day, I promised myself anew that I would not be working at the same time the following year — that next year, Future Me would be outside on these days.

Let me tell you:  Future Me has not been disappointed.

On more than one occasion, I’ve found myself just sitting doing nothing, breathing deep, and reveling in a sense of contentment.  It probably helps that spring is here.  Yesterday, I spent an hour or two sitting in my backyard.  Initially I thought I’d read a book but that lofty goal turned into simply staring at the clusters of leaves popping out of oak tree branches around my house, a shade of green so impossibly bright it looked like a synthetic invention, maybe something Willy Wonka sprays on Everlasting Gobstoppers.  I see a pair of cardinals flirting with one another, and remember reading somewhere that they mate for life, which makes me smile because that means they’re in for an awfully long haul, those little red bastards.  Then I took a deep breath.  There’s this feeling of fullness accompanying the experience, unnamed richness.

I know, I know – it sounds like I’m getting all crunchy.  It’s strange for me too — I’ve been an indoors-person most of my life, tied to computers and monitors and devices, and suddenly I’m talking about breathing and appreciating nature like I just warped out of the 1960s.  Like, woa, dude, far out.  Got any LSD?

But I’m writing about this stuff because it’s where my attention has refocused.  My eyes are involuntarily seeking out beauty, and it’s not indoors.  It’s not on a screen.

A while back I wrote about this phenomenon I named the Veil of Cthulhu. It’s my metaphor for how my view of the entire world changed when I was working too many hours for a manager I hated at a company I didn’t feel much connection to.  It partially blinded me — the work misery bled into every aspect of my life.  Naturally beautiful things stopped registering as such. Senses became partially blocked.  Colors darkened, mixing with gray. It became difficult enjoy the little things, the tiny moments of experience that make life worth living.

Put another way, it became difficult to be present.

I’m currently experiencing the reverse of that.  Details pop out.  The world appears brighter, nearly painterly, like something Bob Ross would casually toss on a canvas. I don’t want to adapt to this feeling, ever – although I’m certain that I will.  At the very least, that rainbow will surely disappear in a few months.  If it’s one things that humans are good at, it’s getting used to our current environment, whatever it is that happens to be. (Damn you, hedonic adaptation!)

So by the time I’m writing Detox Part 6, I’m unfortunately sure to be typing stuff like “Birds… so boring now.  Hope to replace them with hungry Bengali tigers and fat, previously-happy-but-now-terrified-bunnies enclosed in a small, fenced-in area. Will hire Metallica to play live heavy metal background music for the event for added excitement.”

And then I’ll get used to that, too.

A Whiff of Weirdness 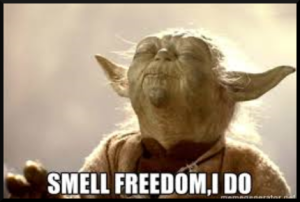 If there’s one strange thing that’s going on so far, it’s that I occasionally feel a bit odd that there’s no longer anything that sucks balls going on in my life.

Read that again.  I know, I know.  It sounds crazy.  It is crazy.  Totally bat-shit.

So look, I acknowledge that I’m a bit nuts.  Heck, I’m the guy who briefly went into therapy for the first time in his life, basically because he was having trouble giving himself permission to quit.  You know, permission to move on to the next phase. Permission to be happy.

The thing is, I’ve become very, very used to toughing things out. Specifically, to toughing out the work grind.  Part of my personal training to become accustomed to office environments included rewarding myself for dealing with the unpleasantness.

I’d talk to myself.  Stuff like:  Well, this isn’t a bowl of peaches or anything, but hey, you’re getting paid, and paving the way for a better sort of life in the future.  So that’s awesome at least!

And my own internal positive feedback loops made me feel good, generally speaking – despite the fact that most days in the office resembled a full-on battlefield, with my role in the conflict being that of the ever-expendable infantryman.

Put another way, I learned how to take pride in my ability to gut it out, day after day.  To squeeze in exercise before work.  To manage to cook dinner at home even after 12 hours of continual mayhem, no matter how tired I was.  I enjoyed the fact that I didn’t just tolerate the office grind — my attitude, once adjusted to focus on the positives and endure, allowed me to thrive.

But things are different now that I’m on easy street.  Even with all of the move-related tasks, I have an abundance of free time, plenty of cycles.  I’m well-rested.  I’ve been napping when I feel tired, eating healthy, getting light exercise in here and there.

There’s nothing to tough out any more.  If I want to pursue something, I pursue it.  I go for a jog, take a look at an apartment, drive to someone’s house to take their old moving boxes.

The constant pressure and prodding of the office is gone, and without it, I admit I’ve felt a bit unmoored and anchorless, as though I’m utterly without weight.  This is the weirdness that I occasionally feel, pinpointed:  it’s a sense that a lack of sucky responsibilities chained around my ankles somehow makes me less grounded.

If all of this sounds a bit disorienting at times, that’s because it is.  But I also want to be clear that it’s simultaneously liberating and awesome.

I’m finally feeling something different. For the past fifteen years of my office existence, I’ve felt variations on a theme, and that theme was the mass and heft of work and responsibility.

Now that that’s all done — the working years, the accumulation, the (at times) desperate struggle through the grind, I feel utterly buoyant by comparison.  But what comes with that buoyancy is, occasionally, a brief feeling that I’m adrift on the wind.

It’s the  incredible lightness of being. 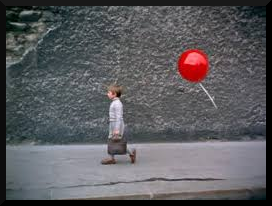 An Invitation to Touch Down

Late last week, literally the day after we signed the lease for our new apartment, I received a message on Linked-In from an ex-co-worker.

The guy who sent the message is from the job I remember most fondly during my working years — a place I think of as StartupVille.

He’s a good human being.  An engineer, through and through.  Dedicated, meticulous, hard-working, and missing an emotion chip, like Data from TNG, pre-upgrade.  But also loyal and friendly.

And he’s with a different employer, now.  Another startup, one that he’s been with for about three years. I could already see from his email what he wanted.  There was an opening for an employee of type: Me. 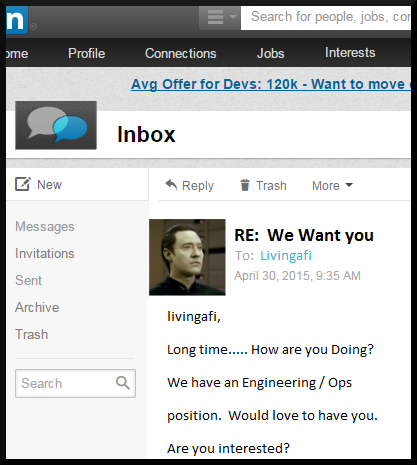 At any other time in my life, I would have responded to this request very differently.

First I would have immediately started questioning everything.  Am I happy with my current job?  What might this new place pay me?  What are their prospects for success?

They’re a startup, after all.  Maybe I could get a whole bunch of stock options. Maybe they’d be successful and I’d wind up rich.

Maybe the product is exciting — a real game changer.  Maybe it’s a place where I’d feel proud to work (for a while).  Maybe I could pretend I’m making a difference.

I’d be mentally setting up an interview.  How many employees does the company currently have?  How many clients?  What’s the pipeline look like?  The profit model?  License-based?  Or support and services heavy?  What stack does the tech run on?  What are the particulars of the position?

I took a deep breath and typed a response. 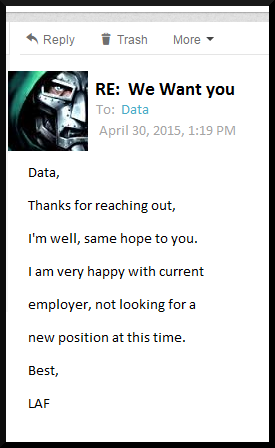 FYI:  My current employer is me.

I briefly considered updating my work status to ‘retired’ but then thought better of it.

Then I went into my notification settings and turned off all email alerts.  Because the truth is that I don’t want to be bothered by these sorts of things any more.  They no longer have anything to do with my life.

From here on in, I’m linked-out. 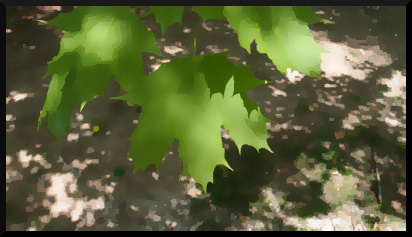 Confession:  After this exchange, I went back outside where it’s green.

79 Responses to Detoxing, Part 1 of Infinity