The Job Experience, StartupVille: Years #9 and #10

Sometime after buying our home in early 2008, I sit my girlfriend down and have The Talk.  (Actually, it’s The Talk, Take 1 of 101 but who’s counting?)

To that point, she knows I’m a saver.  Heck, she’s generally a saver, too, but her saving is sort of directionless.  She saves because she simply doesn’t like to blow money — she intrinsically possesses a good sense of value and understands that spending for the sake of spending doesn’t make her happy.

But my saving is, on the other hand, fairly focused.  By this I mean that I have a specific goal in mind for the money I’m putting aside:  I want to retire early and leave work in the dust.  Being employed at a nice company with a reasonable load and responsibilities has done nothing to change the way that I feel about all of this.

She sort of knows that I don’t want to stay in software/IT forever.  I make comments to this effect on a fairly regular basis.  Some of these take the form of transient and non-serious bitching, while others offer real hints to what, exactly, my long term financial plans are, like:  I can’t wait to leave this industry.  It won’t be long now.

Thing is, I’d never explicitly told her the whole story.  So I do.  I tell her about Your Money or Your Life.  And how I think about expenditures in terms of how long it took me to make that amount of money, e.g. that dinner out cost me 2 hours in the office and is therefore not worth the trade of life energy.  And how I’m pretty sure I’ll be done before 40, and by ‘done’ I mean no longer showing up to an office every day to donate my time to MegaSoftwareCo or GenericIndustry.

At first, she panics a bit.  What will you do for health-care?  How will you spend all of that time?  Are you sure you’ll have enough?  I don’t want you mooching off of me!  I’m not sure how I feel about a stay at home guy.  Why can’t you just keep getting another job when you’re sick of wherever you’re working?  That’s what everyone else does.

It takes time to explain that I don’t think I’ll ever be professionally satisfied in an office environment, and I don’t want to be an entrepreneur either.  I give her bits and pieces of some of the stories that I’ve told over the course of these Job Experience posts.  I remind her that my fate is continually in the hands of employers — the same employers that have shifted the location of my office over and over again, generally dumped too much work on me, and kept me on a tight leash throughout.  And I don’t want the rest of my life to be lived out this way.

You’re happy at StartupVille though, right?  Can’t you find another place like that?

Yes, but it’s still not enough for me.  I want to be free of this nonsense.

Don’t you want to be rich someday?

I’m already rich.  I have everything I could possibly need — friends and family.  Food and shelter.  A stable government and community. You.

Could I still work if you retire?

Yes.  Although I’d prefer for us both to quit around the same time, so we can enjoy the rest of our lives together, like, not working, exploring the world, relaxing.  Still, if you really love your job, I wouldn’t bug you about it.  Keep it.

But I don’t like my job, you know that.

Then climb on-board the early retirement carriage, m’Lady!  Let’s plan on leaving this ridiculous race by 40.

I’ll think about it.  It sounds okay — a little crazy, but also pretty exciting.  We can really do this?

Yep.  Absolutely.  We can really do this.  In fact, we’re already on our way, big time.

It’s not perfect, but there’s no yelling, and some genuine interest:  A decent start.

We Tied the Knot 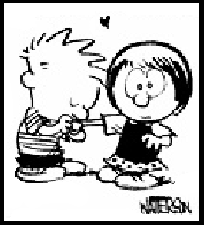 We got hitched in early 2009.  Because, why not?  We shared the same values, trusted and supported one another consistently, and lived zero-drama lives like an old married couple already, anyways.  Might as well make it official.

Also, on a sadder note, we found out in late 2009 that we can’t have children due to medical reasons.

It’s not a big deal or a sensitive subject anymore, because we’ve come to terms with it over time.  But back then, it’d be an understatement to say we were disappointed.

But that’s life.  In some areas, you’re allowed to actively choose your fate, and in others, you aren’t.

19 Responses to The Job Experience, StartupVille: Years #9 and #10