The Black Hole of Money Suck

A lot of people think that Your Money or Your Life is a personal finance book.

Although they’re not wrong, it is an oversimplification.

Finance is located under an umbrella of themes centered around control and personal empowerment.  Readers are challenged to answer a fundamental question:

What do you want to do with your life?  What makes you happy?

It also, at the same time, makes  a key observation:

The vast majority of people do not love their jobs.  Their job is therefore not what they ‘want’ to do with their life.  So these same people often blame their jobs for getting in the way of pursuing whatever it is that they derive real joy and satisfaction from.

From there, it follows that you probably want to quit your job.  But you can’t.

And why can’t you?

It’s because you need the money.

And why do you need the money?

Aha!  This is the critical question.  The only way to properly respond to this question is to track your spending.  You must figure out where your money is going.

I spent the next month tracking all of my spending.  At first it was absolutely terrifying.  I’ll never forget what it’s like to peel open the sticky mess of glued-together paper that represents your financial life.  You start pulling the sheets apart, and gunk sticks to your fingers and you can’t get it off without using your other hand to scrape the adhesive, so you wind up with two dirty hands instead of one, and then you’re going to the bathroom and running hot water while looking in the mirror and seeing tears of regret running down your face because you’re thinking about the time you bought the entire NKOTB discography totally as a joke while you were out drunk one night.

At any rate, once I had a bunch of data to look at, it turned out that I needed to make money to buy a lot of crap that I didn’t use or even want.  Inconceivable!

One nice thing about adopting a frugal lifestyle from the starting point of the habitual spender is that the first round of cuts are typically quite easy to make, because there’s so much fat on the meat.

I could go on in this area, but I’ll stop because I’m sure you get the general idea.

It was clear to me that I didn’t need to spend this money nearly as much as I wanted to stop needing my job.

Somewhat paradoxically, reducing my spending increased my quality of life.  I ate healthier and started exercising again. I know it sounds counter intuitive to most folks, and I was surprised myself at the result, but there could be no doubt that spending less made me measurably happier.

I should point out that even after these changes, I still bought quite a bit of stuff.  Optimization is a continual and iterative process; it takes a while to get really good at it.  I have since made improvements every year and still I don’t closely approach the level of the leanest and meanest savers in the MMM and EEE communities.

Still, making these changes did wonders to improve my financial picture, and therefore also improved my sense of possibility in life itself. 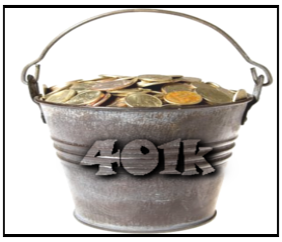 I learned a few basic lessons from reading Finance-101 style books during my week-long stint at the library.  The ones that applied to me most directly at the time were:

In addition to doing all of these things, because I had cut my cost of living nearly in half via reductions in spending, I no longer felt I needed such a large (30K) emergency buffer.  In the end I decided to carry about 12K in my money market, and I dumped the remaining 18K into my student loans, bringing my balance down from 40K to 22K in the blink of an eye.

Finally, although I had learned about IRAs, I wasn’t yet ready to open accounts.  My simplistic line of thinking was something along the lines of “Let me pay off my student loans first, and then I’ll start dumping cash in earnest into those accounts.”

Looking back, my approach wasn’t quite optimal, but hey, it sure beat what I’d been doing the year before and I forgive myself completely for not getting it all 100% perfect on the first go-around.  I mean, I’d just recently been a guy who was chucking large amounts of money into various dumpsters around the city for no apparent reason other than society had programmed him to do so.

At the very least, I’d become a guy who used perhaps half of what he earned to reduce debt and save.  So what if I hadn’t quite figured out how to make it grow yet?

That would come, in due time.